Published on 9th August 2017 in General 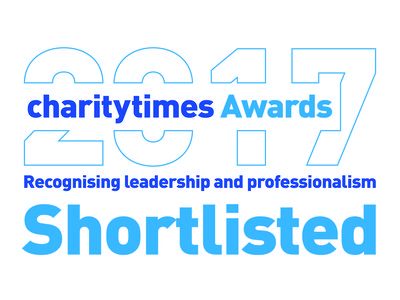 Vista is shortlisted for the Charity Times, Charity of the Year award, with an income of £5 million - £10 million.

Vista is one of the oldest and largest local charities in Leicester, Leicestershire and Rutland. We’ve been working with people with sight loss and their families for over 150 years.

Paul Bott, Chief Executive of Vista said we are very excited to be nominated for an award again this year under a different category. Being a local charity, it is great to be recognised for the support we provide to people in Leicester, Leicestershire and Rutland.

The Charity Times Awards continue to be the pre-eminent celebration of best practice in the UK charity and not-for-profit sector. Now in their 18th year, the awards are run by Charity Times Magazine - the leading title for UK non-profit professionals. This year’s winners will be announced at the Charity Times Awards Gala Dinner & Ceremony on 4 October 2017 at the Park Plaza Westminster Bridge, London.  The event was attended by over six hundred guests in 2016 and this year is set to be bigger and better than ever.