Published on 31st December 2014 in General 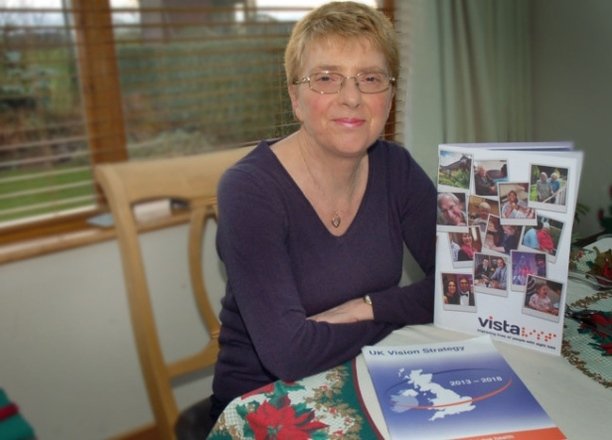 Congratulations to our former Chief Executive, Jenny Pearce, who has been listed as a British Empire Medal (BEM) honorary on the New Year’s honours list for her services to people with visual impairments.

For the past 40 years, Jenny has strived to make positive changes for people with sight loss across the UK.

Jenny spent 12 years with Vista, initially joining as the organisation’s Deputy Chief Executive in 2000. In 2006, she took on the role of Chief Executive, using her knowledge and experience to drive and influence national strategy and policy.

Since retiring in 2012, Jenny has been a volunteer and trustee for a number of charities and groups, including trustee of Thomas Pocklington Trust, chairman of the Future of Rehabilitation Working Group, a trustee of the Big Difference Company, a Transition Board member of the Rutland Healthwatch and Trustee of Homefield College. She has also been the driving force behind the development of the UK Adult Sight Loss Pathway.

Speaking about the honour, Jenny said “I’m really honoured and delighted, it has come as quite a surprise. It’s very humbling and I am honoured to have been chosen for the award.”